Spring is the season of recovery for all things. For most people, it is a pleasure to feel warm and enjoy the sun after experiencing the cold of winter, but it may not be good for people who suffer from pollen allergy. In this article, I would like to share with you the topics about hay fever, understand the causes, symptoms, home remedy treatment to relieve, so you can sneeze less, runny noseless!

Hay fever is seasonal allergies caused by pollen, symptoms mainly appear in the eyes, nose and throat. Because the nerves of the nasal mucosa in the nasal cavity are denser, they are more sensitive to external stimulation. Due to the pollen stimulation in the air or temperature changes, which triggers a series of immune reactions in the body and automatically secretes many chemical substances. (Such as histamine Histamine) to eliminate pollen and other strains, resulting in sneezing, runny nose, stuffy nose, cough and other cold-like allergic symptoms. More than 67 million people in the United States suffer from allergies, and 87% of them say they are allergic to pollen.

What Symptoms Does Hay Fever Have?

Mayo Clinic lists some common allergic rhinitis symptoms. Basically, the symptoms of hay fever are similar to colds. While the symptoms are mild, they may sneeze, cough, or watery eyes. People with poor resistance may be accompanied by chills throughout the body, but there will be no fever symptoms. some people may also experience pharyngitis and otitis media, Sinusitis, hoarse throat and other symptoms. Severe cases may also occur symptoms such as diarrhea, urticaria.

What Season Does Hay Fever Occur?

Wind speed, sunlight, rain and temperature all affect the pollen content in the air, especially when changing seasons. For example, trees usually spread pollen in spring, grasses in early summer, and wild grasses in late summer.
Hay fever is more likely to worsen in hot, dry and windy days, but it will alleviate on cloudy or raining days.

How to prevent/reduce the occurrence of hay fever?

Because the symptoms are similar, many people with hay fever continued to take cold medicine, the treatment has no improvements. It is recommended that people who have this problem can go to the doctor for “allergen test” to find out the true allergens before they can prevent symptoms. 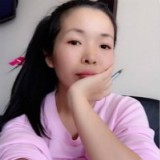 Connie is the Lead Massage Therapist and General Manager at Wonderland Spa.